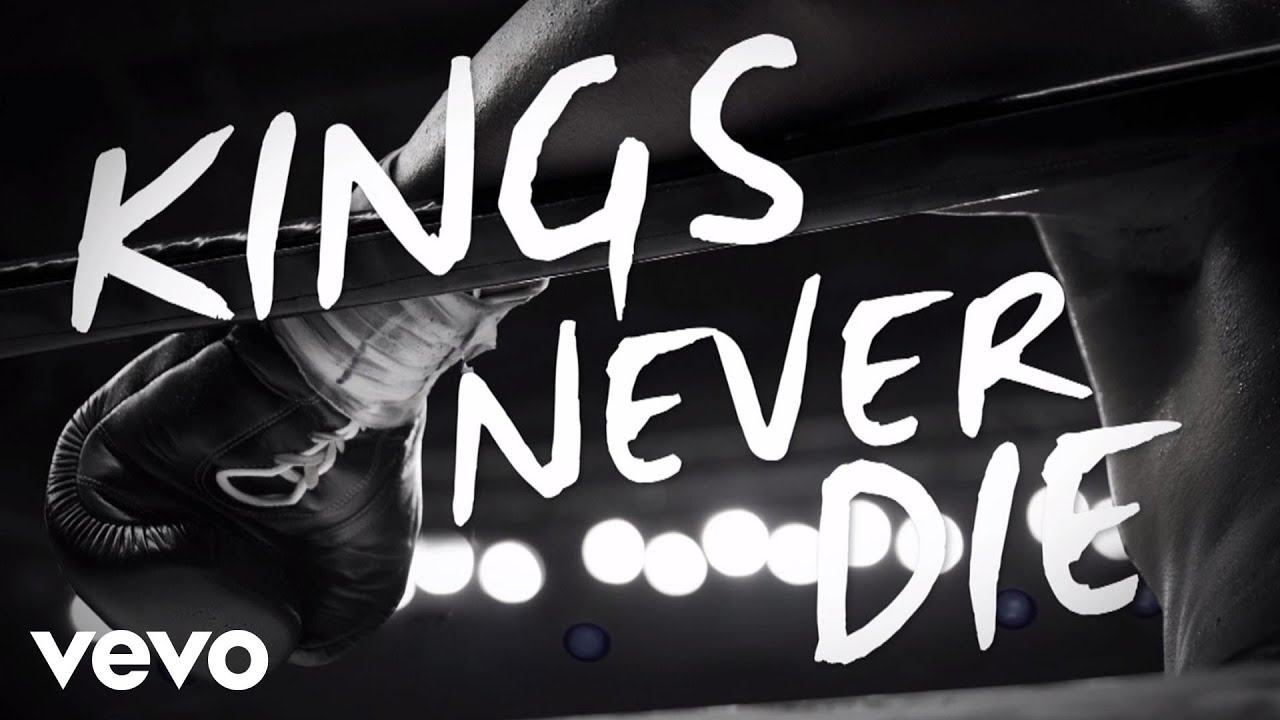 I can hear the drummer drumming
And the trumpets, someone's tryna summon someone, I know something's coming
But I'm running from it to be standing at the summit
And plummet, how come it wasn't what I thought it was, was it
Too good to be true?
Have nothing, get it all but too much of it then lose it again
Did I swallow hallucinogens, 'cause if not, where the hell did it go?
'Cause here I sit in Lucifer's den by the dutch oven just choosing to sin
Even if it means I'm selling my soul, just to be the undisputed again
Do whatever I gotta do just to win
'Cause I got this motherfucking cloud over my head
Crown around it, thorns on it
Cracks in it, bet you morons didn't
Think I'd be back, did ya?
How 'bout that I'm somehow now back to the underdog
But no matter how loud that I bark, this sport is something I never bow-wow'd at
I complain about the game, I shout and I pout, it's a love-hate
But I found out that I can move a mountain of doubt
Even when you bitches are counting me out, and I appear to be down for the count
Only time I ever been out and about is
Driving around town with my fucking whereabouts in a doubt
'Cause I been lost tryna think of what I did to get here but I'm not a quitter
Gotta get up, give it all I got or give up
Spit on, shit on, stepped on, but kept going I'm tryna be headstrong
But it feels like I slept on my neck wrong
'Cause you're moving onto the next, but is the respect gone?
'Cause someone told me that
(Kings never die)
Don't give me that sob story liar, don't preach to the choir
You ain't never even had to reach in the fire to dig deep
Nobody ever handed me shit in life, not even a flyer
Wouldn't even take shit into consideration
Obliterate anyone in the way
I think I see why a lot of rappers get on these features and try to
Show out on a track with me but it'd actually
Have to be a fucking blowout to get me to retire
Tell these new artists that kings never die
I know shit has changed in this age, fuck a Twitter page
Did it just say I've been upstaged?
Why am I online? It's driving me crazy
I'm riding shotgun tryna get a gauge
On what's hot, but I'm not gonna' conform
But as days pass in this shit
And opinions sway, I can hear them say
If I stay passionate maybe I can stay Jay miraculous
Comeback as if I went away
But detractors just say (so much) for the Renegade
Someone's gonna make me blow my composure
Here I go again, center stage and I feel like I'm in a cage
(Some want a champion to fall I still wonder why I laugh at 'em
'Cause why care when I'm awesome?)
Fuck what these cynics say
(Just goes to show that when my back's against the wall
And I'm under attack again, that I'll act as if I'm posted up)
With this pent-up rage, 'cause all these plaques in my office
On the floor stacked against the door
Are they just metaphors for the odds of me comin' back again?
'Cause all the accomplishments, accolades, awards
And trophies just don't mean jack anymore
If I'm here today and gone tomorrow
And I'm not gonna be

I want it, I'm coming to get it
So you son of a bitches don't duck you're gonna get Riddick Bowe'd
Critics'll end up in critical
Think your shit is dope all you're gonna get is smoked then
And I ain't stopping 'till I'm on top again, all alone and on a throne
Like a token of respect, or a homage poem, or an ode I've been owed
Tossed in the air by my own arm, and launched so hard I broke my collarbone
(And when it's my time to go, I'm still not leaving)
Stop for no one, I don't know but I've been told an obstacle that
Blocks your road, knock it over, time to go for that pot of gold, 'cause

(They say kings never die
Just ask Jam Master Jay, they
Just grow wings and they fly, so
Hands up, reach for the sky
Try to hold up and prolong these moments
'Cause in a blink of an eye
They'll be over)

Tryna secure your legacy like Shakur and ensure
Nobody's ever gonna be what you were
So before you're leaving this Earth
You want people to feel the fury of a pure evil cerebral berserk
Deacon of words, syllable genius at work
Plus I'm thinking that they're mistaking my kindness for weakness
Kill 'em with meanness
I went from powdered milk and Farina
To flipping burgers on the grill for some peanuts
From Gilbert's to arenas, call me Gilbert Arenas, still appeal to the dreamers
I made it to the silver screen where Rocky's still what the theme is
Khalil on the beat 'cause making the beat ain't the same
Feeling to me as killing the beat is
So fulfilling to me is what filling a seat is
That sound, vomit, thirst and how common underground commons eat
Outsider stomach growl, throbbing hunger
Out-rhyming everyone, God just give me one shot
I swear that I won't let you down
I'ma be around forever, entertain even in the ground
You ain't never ever gonna hear me say I ain't